There is a new law in Wisconsin which is focused on getting condominium associations and their unit owners to communicate better before resorting to a lawsuit. The practical effect of the new law is to require the aggrieved party, whether that be the association or an owner, to clearly state their claim and the legal basis for their claim to the other party, in writing, before filing suit. After delivery of such a “notice of claim,” the law encourages the parties to engage in dispute resolution by imposing a 30-day waiting period before a lawsuit can be filed. Here is how it works.

Then, within ten (10) days of the other side’s receipt of such notice of claim, either side is entitled to request a “direct negotiation conference” by providing at least 3 proposed dates and times for the conference. These dates must be within 30 days of the date of the conference request.

By “direct negotiation conference” the legislature means a meeting between the two sides in which both focus on a good faith attempt to resolve the dispute.

At a direct negotiation conference, both sides are supposed to engage in good faith negotiations to resolve the dispute described in the notice of claim. Each side can participate personally or through a representative who has authority to bind the party they represent.

If the written notice of claim describing the issue, the legal basis for the claim and the proposal for resolving it were delivered, the party with the claim can sue if:

The motivation for the new law was to address condominium association boards of directors that ignore or refuse to work with a unit owner who raises a claim. The example in the record of the new statute’s adoption was a large condo association in Door County where the board refused owners’ requests to provide information and minutes of meetings dealing with severe use restrictions the board had imposed on owners. In the example, the owners had no choice but to sue their association – at great cost — to obtain the information. However, while the motivation for the bill was leveling the playing field between condo association boards and individual unit owners, in some instances, the requirements of clearly defining, in writing, the legal basis for a claim and requesting to meet to try to negotiate in good faith a resolution, also applies to a claim the association may have against a unit owner.

Also, the new law does not apply to the unit owner or the association if the condominium’s declaration already provides a process for resolving disputes through negotiation, mediation or arbitration.

The new law can be found in Wisconsin Statutes Section 703.245 (Chapter 703 of the Statutes is Wisconsin’s Condominium Law).

While we provide legal information here, this is not intended to be legal advice. Every situation is different. Please contact us to discuss how you might work with us to secure legal advice particular to your situation. 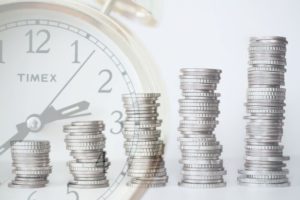 Have questions? Get in touch!

Our attorneys are ready to give you the legal advice you need to protect your home, family and business.